For Whom the Sumner Tunnel was Named 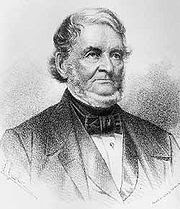 General William Hyslop Sumner (1780-1861) inherited Noddle’s Island through his mother and his greatest accomplishment was his effort to develop several islands in Boston Harbor. This undertaking created what is now known as East Boston. During the development, Sumner founded several companies, including the East Boston Company and The East Boston Lumber Company. In tribute to his tireless work for the development East Boston the Sumner Tunnel that runs under the Boston Harbor from East Boston to Boston bears his name. In Jamaica Plain Sumner Hill and in Cambridge, Sumner Street near Harvard University are also named for Sumner. The white Carrara marble monument on the Sumner Lot on Mount Warren Avenue was sculpted in Rome, Italy by Cantalamessa Papotti and was set on a natural outcropping of Roxbury puddingstone. Papotti’s angel is part of a long artistic tradition, as since the Renaissance they have represented messengers from God; they were, and still are, a popular cemetery motif. General Sumner’s monument was personalized on the base with a representation of a family crest, and on the front (now missing), in the circular medallion, a low-relief portrait of his profile.
Posted by Anthony M. Sammarco at 9:38 PM