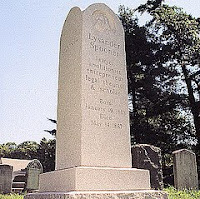 Lysander Spooner (1808-1887) was an American individualist anarchist, entrepreneur, political philosopher, abolitionist, supporter of the labor movement, and legal theorist of the nineteenth century. He is also known for competing with the United States Post Office with his American Letter Mail Company, which was forced out of business by the United States government.
His lifelong activism began with his career as a lawyer, which in itself violated Massachusetts law. Spooner had studied law under the prominent lawyers and politicians John Davis and Charles Allen, but he had never attended college. According to the laws of the commonwealth, college graduates were required to study with an attorney for three years, while non-graduates were required to do so for five years. With the encouragement and support of his legal mentors, Spooner set up his practice in Worcester after only three years, openly defying the courts. To prevent a person from doing business with a person without a professional license he saw as a violation of the natural right to contract. After a disappointing legal career (his radical writing seems to have kept away potential clients) and a failed career in real estate speculation in Ohio, Spooner returned to his father's farm in 1840.
In 1844, Spooner founded the American Letter Mail Company, which had offices in various cities, including Baltimore, Philadelphia, and New York. Stamps could be purchased and then attached to letters which could be sent to any of its offices. From here agents were dispatched who traveled on railroads and steamboats, and carried the letters in hand bags. Letters were transferred to messengers in the cities along the routes who then delivered the letters to the addressees. This was a challenge to the United States Post Office's monopoly. Although Spooner had finally found commercial success with his mail company, legal challenges by the government eventually exhausted his financial resources. He closed up shop without ever having had the opportunity to fully litigate his constitutional claims. The lasting legacy of Spooner's challenge to the postal service was the 3-cent stamp, adopted in response to the competition his company provided.
Spooner's influence extends to the wide range of topics he addressed during his lifetime. He is remembered today primarily for his abolitionist activities and for his challenge to the post office monopoly, which had a lasting influence of significantly reducing postal rates. Spooner's writings contributed to the development of libertarian political theory in the United States, and were often reprinted in early libertarian journals such as the Rampart Journal.
Lysander Spooner was buried in the Field of Ephron, to the right of the main entrance gates. His grave was recently marked by a large upright granite monument. 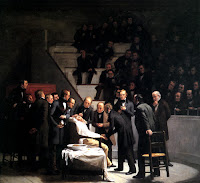 Hinckley's paiting at the Ether Dome 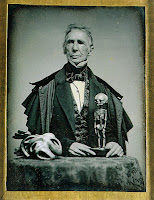 Dr. John Collins Warren (1778-1856) was the son of noted doctor, professor and founder of the Harvard Medical School Dr. John Warren and Abigail Collins Warren. He was graduated from Boston Latin School and Harvard College in 1797, then began the study of medicine with his father. In 1799, he continued his medical studies in London and Paris, including work with the pioneer anatomist Sir Astley Cooper (1768-1841). On his return to America in 1802, Warren entered into partnership with his father and also assisted him with anatomical lectures, dissections, and demonstrations at Harvard Medical School. He was named Adjunct Professor of Anatomy and Surgery in 1809, then, at his father's death in 1815, assumed the Hersey Professorship of Anatomy and Surgery, which post he held until retirement in 1847.
Considered to be one of the most renowned surgeons in the nineteenth century, Dr. Warren in 1846 performed the first public operation in which ether was used to anesthetize the patient. A tumor was removed from the jaw of Gilbert Abbott, a printer, which was not only a success but proved that ether, discovered by Dr. William Morton, allowed for painless surgery. Dr. Warren was one of the founders of the Massachusetts General Hospital, where he served as the first surgeon. In 1847 he endowed the Warren Anatomical Museum at Harvard with an extraordinary teaching collection of anatomical and pathological specimens.
Dr. Warren once said that "Anaesthesia had been the dream of many surgeons and scientists, but it had been classed with aerial navigation and other improbable inventions."
Dr. Oliver Wendell Holmes said that “Dr. Warren was supreme among his fellows, and deservedly so. He performed a great number of difficult operations; always deliberate, always cool; with a grim smile in sudden emergencies, where weaker men would have looked perplexed, and wiped their foreheads. He had the stuff in him, which carried his uncle, Joseph Warren, to Bunker Hill, and left him there, slain among the last in retreat.”
The Warren Family Lot surmounts Mount Warren and is marked by a huge boulder of Roxbury puddingstone against which are arranged the slate headstones of various members of the Warren Family who were reinterred here from the Eustis Street Burying Ground in Roxbury. Also buried here was Dr. Joseph Warren, the author of the "Suffolk Resolves" who lost his life in the Battle of Bunker Hill during the American Revolution. The Warren Family continued to use this large lot well into the twentieth century, with Colonial Revival slate headstones echoing those of the late eighteenth century.
Posted by Anthony M. Sammarco at 8:14 AM 1 comment:

When Founder Samuel Stillman Pierce (pronounced purse) opened his first store at the corner of Tremont and Court Streets in Boston's old West End in 1831, he vowed "I may not make money, but I shall make a reputation."
Samuel Stillman Pierce (1807-1880) was known as the purveyor of fancy goods and potent libations to Victorian Bostonians. He catered to the carriage trade and created a company that involved four generations of the Pierce Family in its successful operations. With its own coat of arms adorning a distinctive red label on canned goods, and the largest line of privately packed fancy foods in the world, S.S. Pierce sold its delicacies not only through eight New England stores of its own but also through 3,500 distributors across the U.S. and by mail order worldwide. The the lavish 1886 catalog for S.S. Pierce & Co., Importers and Grocers there are myriad items for sale in its Grocery, Wine, Cigar, and Perfumery Departments: gelatine, isinglass, chutneys, French vegetables in glass jars, Alghieri's soups, Wiebaden goods, imported and domestic wines, Russian cigarettes, Egyptian cigarettes, quadruple essences, tooth brushes, soaps assorted, inexhaustible salts and much more.
Service was paramount and the company would hired horse-drawn sleighs to deliver groceries when snowstorms closed roads to auto traffic, and maintained a well-drilled corps of salesmen who would phone housewives at appointed hours. They not only suggested menus but answered such arcane questions as how to cook an ostrich egg (boil it) or how to extract the flavor from a 6-in. vanilla bean (bury a 1-in. cutting from the bean for a month in a pound of sugar). As a businessman, Pierce was said to be “a man of unflinching honesty and sterling integrity of character.” After amost a century and a half of a four generation family operated business, S.S. Pierce & Company was sold in 1972 to Seneca Foods Corporation, of New York.
The Pierce Family Lot is on Poplar Avenue in Forest Hills Cemetery.
Posted by Anthony M. Sammarco at 9:14 PM No comments:

Jacob Wirth (1840-1892) was an immigrant from Kreuznach, Prussia who six years after he immigrated to America opened in 1868 his namesake Germanic beer-hall style restaurant on Stuart Street in Boston. Above the long mahogany bar has been the Latin motto “Suum Cuiqce” which literally translates “to each his own” and which aptly fits the character of this legendary restaurant. Jake Worth’s has long been known for its Sauerbraten and Weiner Schnitzel, and other German style foods, as well as a wide selection of beers for every taste.
The Jacob Wirth memorial Fame was sculpted by Adolph Robert Kraus and is located on Catalpa Avenue. This bronze monument is of a pensively draped allegorical seated figure contemplating a cameo portrait of the famous restaurateur in the stele below. The monument was cleaned in 1997 through the generosity of the Fitzgerald Family, who had in 1975 bought the then century old Jacob Wirth Restaurant.
Posted by Anthony M. Sammarco at 6:47 AM No comments:

A large boulder of Roxbury puddingstone marks the Lowell Family Lot on Blue Hill Avenue with a bronze marker to John Lowell (1824-1897) and his wife Mary Buckminster Lowell. He was the son of John Amory and Susan Cabot Lowell and was born at Bromley, the Lowell Family seat in Roxbury.
Educated at Harvard College and the Harvard Law School, he served as judge of the District Court of the United States. In the rear of the lot are the individual headstones of Mary Emlen Lowell, John Lowell, and their son John Lowell Jr.
Posted by Anthony M. Sammarco at 7:12 PM No comments: 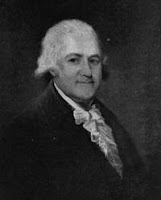 Judge John Lowell (1743-1802), known as the “Old Judge”, headed a family that shaped New England history for two centuries. As a member of the Continental Congress, he was called “the very mirror of benevolence.” In 1783, Lowell was one of the founding directors of the First National Bank of Boston.

In 1785, Judge Lowell bought a ten acre farm in Jamaica Plain and led the life of a gentleman farmer, the precursor to the horticultural elite espoused by his son John Lowell (1769-1840) and Henry A.S. Dearborn a generation later. The Old Judge and members of the Lowell Family were removed from the family tomb in the Boston Common Burial Ground in 1895 to Forest Hills to allow for the construction of the Boylston Street subway.
Posted by Anthony M. Sammarco at 7:03 PM No comments: 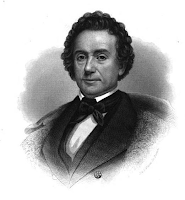 Henry Alexander Scammell Dearborn (1782-1851,) a retired statesman and ardent horticulturalist whose Roxbury estate "Datchett House" was that of a gentleman farmer and who served as the second mayor of the city of Roxbury, laid out Forest Hills Cemetery. Dearborn had impressive credentials, as he was among the founders and the first president of the Massachusetts Horticultural Society, founded in 1829, as well as having laid out Mount Auburn Cemetery, a rural cemetery north of Boston. Opened in 1831, Mount Auburn Cemetery was the progenitor of the picturesque rural cemetery movement in the United States, closely following the example of Pere La Chaise, a cemetery founded in 1804 in Paris.
Like its predecessor, Forest Hills Cemetery was envisioned as a very different place from the colonial burying grounds throughout the city of Boston, addressing the public health problems and concerns of these overcrowded places of burial. Rural cemeteries were laid out with lands undulating in different topography, with dells and valleys and curvilinear carriage roads and paths lined with a variety of trees and shrubs, all of which created not just a place of burial but an arboretum, or a park to be enjoyed by family and friends visiting their departed ones. The new cemetery allowed for the flowering of a romantic landscape of marble gravestones and funerary sculpture of the Victorian era. Forest Hills was envisioned as a burial place with a cross-section of people that reflected almost every aspect of Victorian Boston, from statesmen and political leaders to industrialists, artists, writers and the people of every day life.
Posted by Anthony M. Sammarco at 8:21 AM No comments: