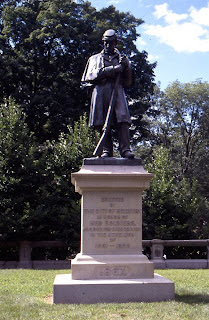 Drew Gilpin Faust, President of Harvard University but more importantly (to me) a historian, has lately been making the rounds discussing what will likely be her last book, entitled This Republic of Suffering: Death and the American Civil War. (Being a historian is time-consuming, but running the world’s most famous and powerful university is even more so!)

The book is on the NY Times bestseller list, and is one that interests many of us here at the Cemetery. Dr. Faust discusses the inconceivable numbers of casualties (to put it into today’s terms, as if we had lost 6 million American troops in Iraq) and looks at how normal, everyday people were affected. Mothers, fathers, sisters, brothers, and friends—all had to come to terms with the devastation. The concept of death ceased to be romanticized in popular and literary culture, as families were ripped apart. Some of the bereaved never recovered, and remained in mourning for the rest of their lives, unable to move past their grief. America seemed to lose a sense of innocence and optimism that had defined our country's beginnings a century earlier.

Many of the soldiers from Roxbury who fought and died in the Civil War are buried in Forest Hills’ Civil War lot, which was dedicated on America’s first Memorial Day, in 1868. The statue that marks the lot, Martin Milmore’s The Citizen Soldier, is an iconic work. It portrays the ordinary (but extraordinary) volunteer at a meditative moment instead of an officer or a hero on his horse, and was imitated all over the country for Civil War memorials. Martin Milmore, one of the country's great 19th century sculptors, is also buried at Forest Hills.
Posted by Elise M. Ciregna at 12:58 PM No comments:

And on the topic of flowers... 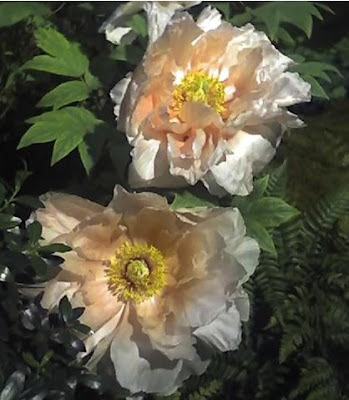 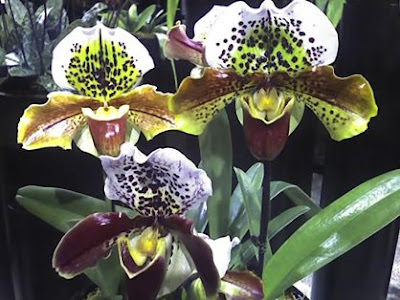 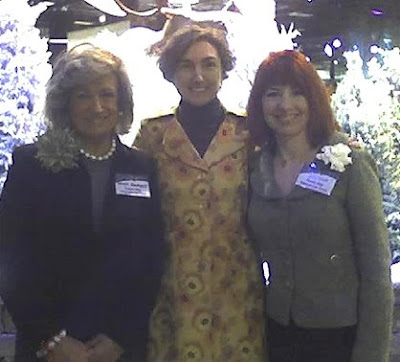 Our founder, Henry Dearborn, was also the first president of the Massachusetts Horticulture Society and a skilled "experimental gardener." He grew a variety of plants and trees on his estate right here in Roxbury. So what better place to spread the word about Forest Hills than Mass Hort's annual Flower Show! I gave a slide lecture; Nini Colmore (the Trust's Director of Development), Janice Farrell (the Trust's former Program Coordinator, now working full time for the Cemetery, and continuing with us as a fabulous volunteer), and Elise Ciregna (Curator of Historic Collections) staffed a table.

We saw some astonishing flowers. The top ones are luscious peonies, and the orchids were almost too good to be true. Obviously, the phone camera does a better job on flowers than people. Pictured (left to right): Nini, Cecily and Janice.
Posted by Cecily Miller at 3:03 PM No comments:

Email ThisBlogThis!Share to TwitterShare to FacebookShare to Pinterest
Labels: flowers

A splash of color at Forest Hills! 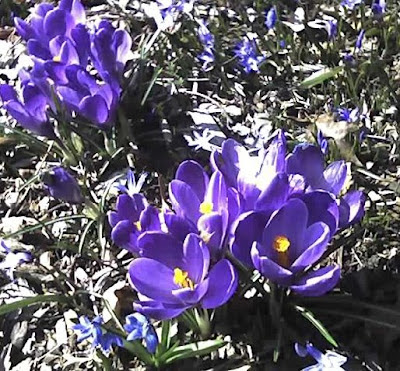 The crocuses and snowdrops have made their miraculous journey up through the earth to bloom in the sunlight. A sign of spring at last!
Posted by Cecily Miller at 2:49 PM No comments:

Email ThisBlogThis!Share to TwitterShare to FacebookShare to Pinterest
Labels: nature 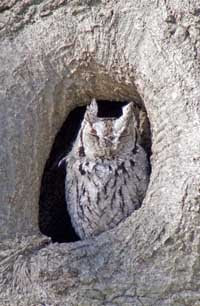 Stephen Baird sent out this message and a wonderful photo. It is amazing to me how much the owl resembles the bark surrounding it. Good camouflage keeping that bird safe!

An Eastern Screech Owl (Gray Morph) pops out of a hole in a tree to take a brief sun bath many mornings around 10:30 am at ... Forest Hills Cemetery.

Posted by Cecily Miller at 11:38 AM No comments: 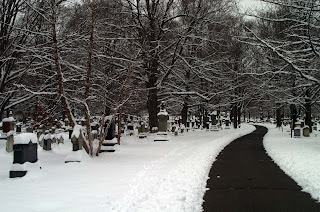 We had a lovely snowfall the afternoon and evening of February 22, so the next morning I brought my camera to the cemetery and tromped around for a couple of hours. The grounds crew had plowed the roadways, but the snow on the trees, bushes, markers, and monuments was undisturbed. The sky was overcast, so the light was flat and the scenes monochromatic, creating a classic cemetery mood. The next day was clear and brilliantly sunny, so I went back with my camera and (for the most part) retraced my steps from the previous day’s shooting. You can see the results of both days’ walks here. I am interested in reader reactions to these photographs. If you’d like to respond, feel free to use the “Comment” feature. I hope you enjoy the tours.

“Brothers of the Wood” goes off for a beauty treatment….. 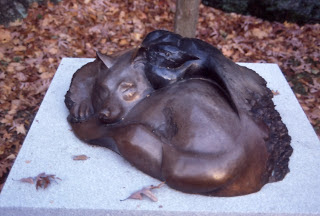 One of our wonderful contemporary bronzes—and admittedly a personal favorite of mine—is heading back to the foundry for some much-needed repatination. Originally sculpted in wood by Seattle-based Leo Osborne in 1998, “Brothers of the Wood” is a representation of a wolf and a raven nestling together, based loosely on Native American lore. Forest Hill’s “Brothers,” the first bronze cast from the wood original, has been displayed outdoors since 1998. Now, however, with the loss of color to the wolf (reddish-brown) and the raven (black), Leo has generously offered to help us in our efforts to keep the sculpture looking its tip-top best. So off it goes to Oregon for a “spa treament.” Look for “Brothers' " bright and colorful return sometime later this spring…..when a wolf and a raven will once again nap peacefully under the trees.
Posted by Elise M. Ciregna at 11:18 AM No comments: